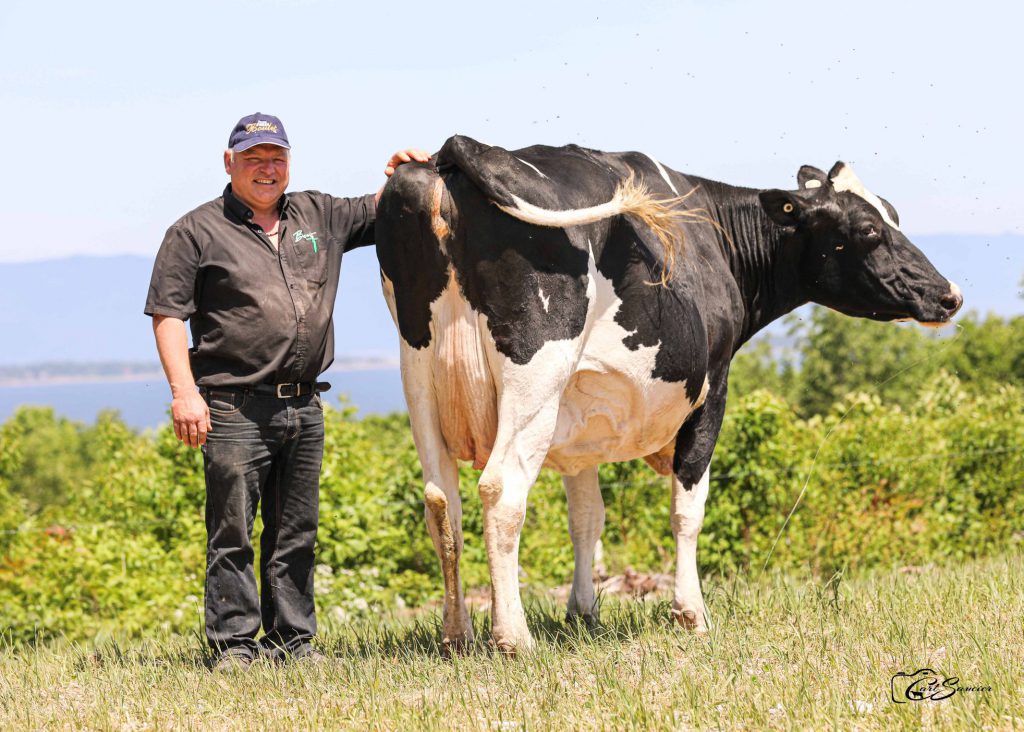 Holstein Canada New Cow of the Year is: Loyalyn Goldwyn June! The EX-97 Goldwyn daughter was bred by Rob & Alice Bumstead (Loyalyn Holsteins) from an EX-92 Allen and made a career in the show team of Pierre Boulet.
That June expressly has more to offer than her great look, is evident from her lifetime production; in the Pierstein barn she now produced 118.211kg 4.5%f 3.6%p. The new Canadian winner is also the dam of an EX-93 Damion daughter at Pierstein and an EX-91 Windbrook daughter at Loyalyn. 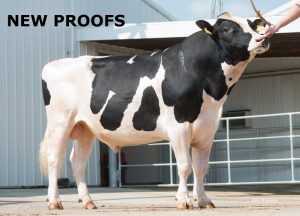 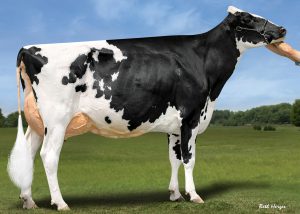 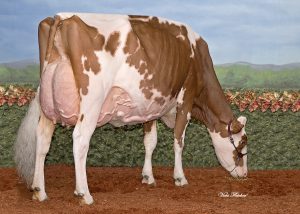 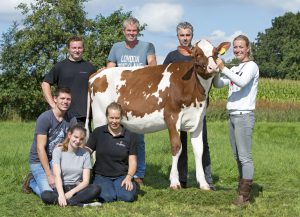 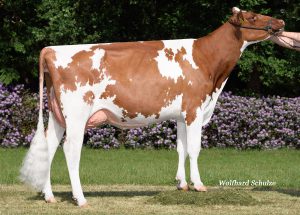 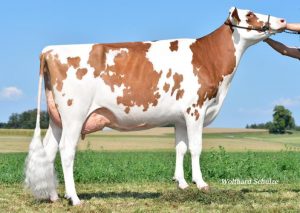 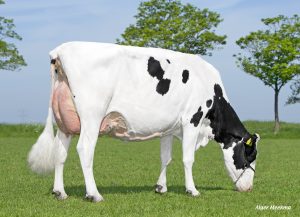 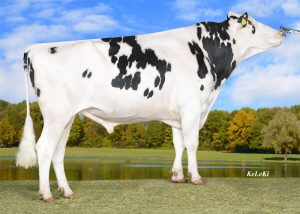